So I finally got the Day 10 files processed through methpipe and have been trying to get RADMeth to work all day. After combining the different samples in to a single file and building the design matrix, it keeps giving me a sample out of order/not matching the design matrix error. I’m not sure what’s going on, but I’ve applied to join the methpipe Google group, and hopefully someone there can help me.

Last week the NIST Calibration module for the Nanopure came in to fix the Error 4: Recalibrate Meter error.
I tried the recalibration process and learned a few things in the process.

Secondly, and more importantly: It turns out that Error 4 is more of a catch all “Something’s broken” error, and according to Thermo tech support, it’s likely a bad main or meter board. The calibration board is likely ok, as it passes the internal calibration step before throwing the same Error 4 as before.

I took some pictures of the process, so I figured I would post them, if only for posterity and maybe someday someone else will want to do this

1. Unplug the machine, and turn the power switch off.

2. Drain some water off of the machine to relieve internal pressure 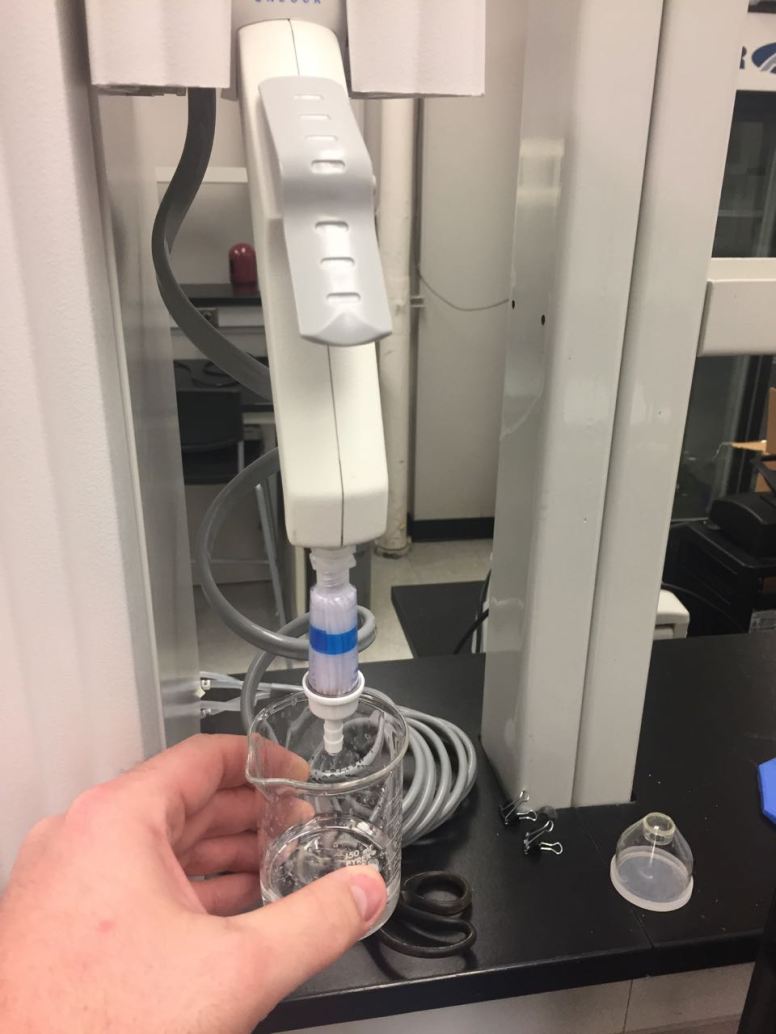 3. Remove the 6 screws on the back side, three on each side.

4. Remove the Jumper plug, located on the upper rear edge of the right side.

5. Open the door, and remove the 5 screws along the front bezel of the case. There are two on either side and one on the top.

6. Grab a random box lid to store your screws and your jumper plug. The screws all appear to be of the same size and thread type, so you don’t need to keep them ordered like I did.

7. Find someone to help you move the machine on to a cart, because you have to lift the outer case directly upwards, requiring 2x the height of the machine, and we had it set up that that did’t work.

8. This is where you stop following the directions for a moment. For step 6, I was unable to remove the electric section cover as the filter canisters were in the way. There was no need to do this anyway, as the calibration board is easily accessible from the top. Also, don’t unplug the P2 connection. It’s a lie. 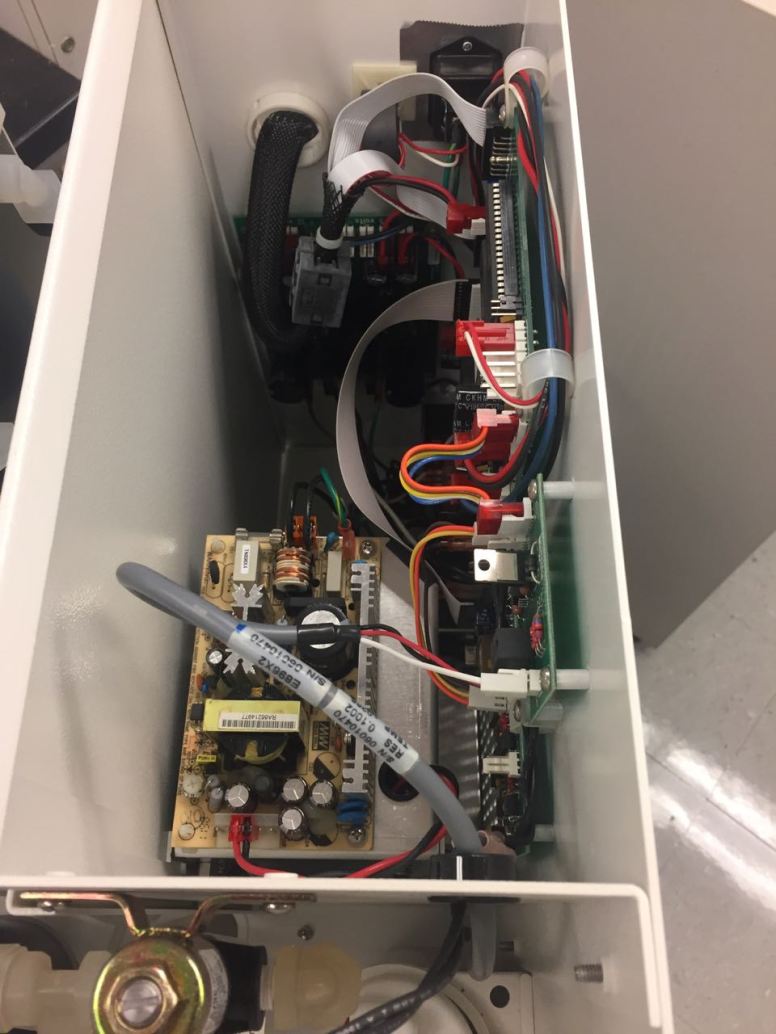 9. Unplug the connection labeled J2 on the calibration board. It’s the small board on the upper right side of the machine, if you’re facing the door. 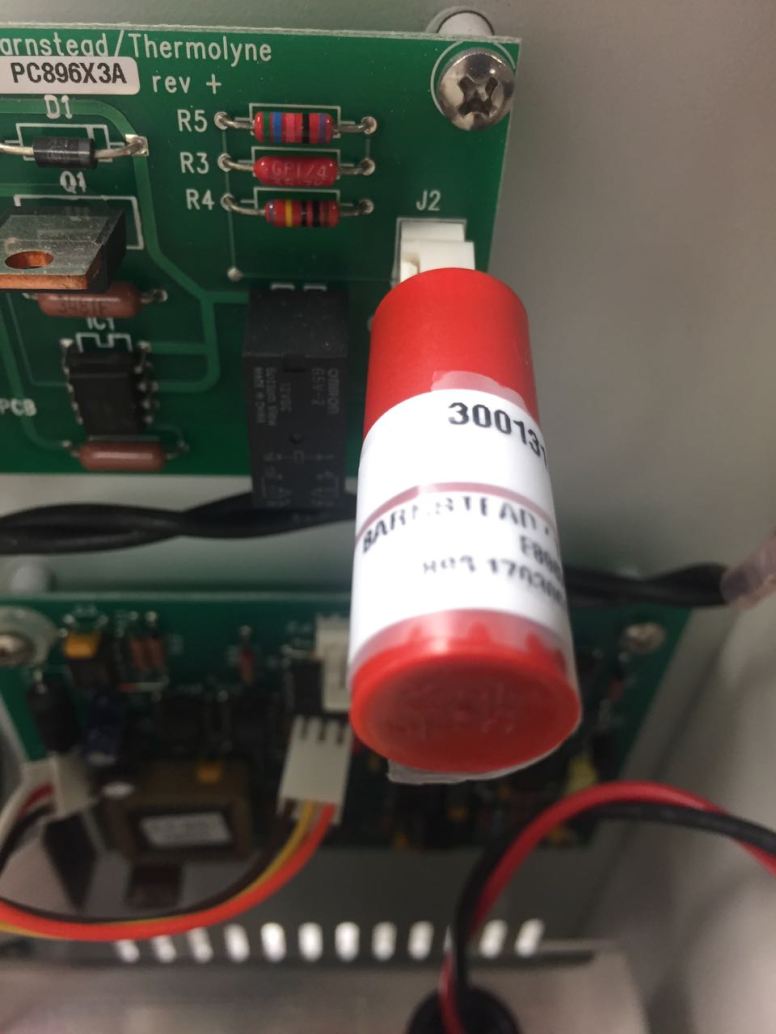 11. Plug machine back in, turn on power, and press and hold the Down and Start/Stop switches, then release. “Calibrate?” Should come on the screen. Press enter. Screen should read “Calibrating”

12. Calibration is quick, less than a minute in total. When the screen reads “Calibration Done”, power down the machine and remove the power cable, then reverse the directions above to put the machine back together.

13. After the machine is re-assembled, power it on and pray you don’t see another “Error 4” pop up after the “Calibration OK” and the Initial Sensitivity measurement comes up.

On that number-crunching grind

Using the Skyline output I generated from an oyster seed .blib and my raw data, it’s time for me to understand what everything means. My goal is to get figures I can use for my NSA poster.

My methods can be found in this notebook, but here are the highlights.

I used Average Peak Area statistics for my analysis. The data for approximately 6900 proteins looked like this:

I calculated ratios of eelgrass:bare areas across the five sites with the intention of using this information to pare down my dataset. However, I chose a different method of finding proteins of interest that suited our data more.

Using the entire dataset, I created an NMDS plot and heatmap. Unsurprisingly, it wasn’t very informative. I produced a plot with 44 of my most significant biological processes GO terms in REVIGO. Steven helped me create a subset of my data with C. gigas proteins involved in stress response. I merged one of Rhonda’s tables with my Skyline output in Galaxy, and Steven selected proteins of interest.

Using this subset, I calculated the coefficient of variation across all sites and eelgrass condition for each protein listed.

I returned to DAVID and REVIGO to create a plot for biological processes overrepresented in my data subset. I also used my coefficient of variation data and GO IDs to create a similar REVIGO plot. Finally, I remade NMDS and heatmap plots for the data subset. The NMDS was more useful with the data subset, showing evidence of clustering between sites. Now I’ll figure out which figures will tell a cohesive story for my poster!

from the responsible grad student http://ift.tt/2nFsp2p
via IFTTT