I created a better figure!

Using the dotchart function in R, I created two plots that I can use as the cornerstone of my DNR paper. The first figure I made included all of my data, which Brent suggested. 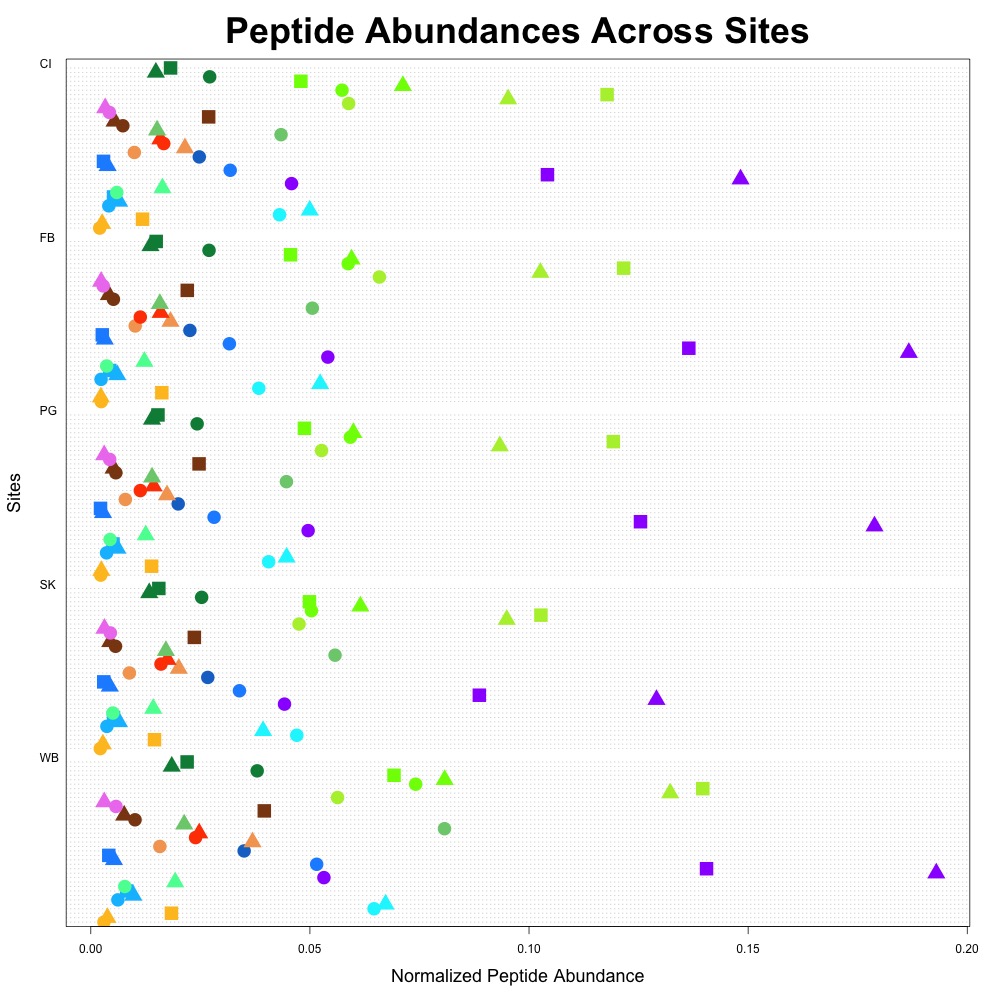 Each protein is coded with the same color, and with different shapes indicating the constituent peptides. I also used this color scheme to indicate protein function:

I didn’t add a legend, since I thought I’d first get feedback on the figure, then make it better. The downside with this graph is that there are 37 peptides at 5 different locations in this one figure, so it’s a little busy. 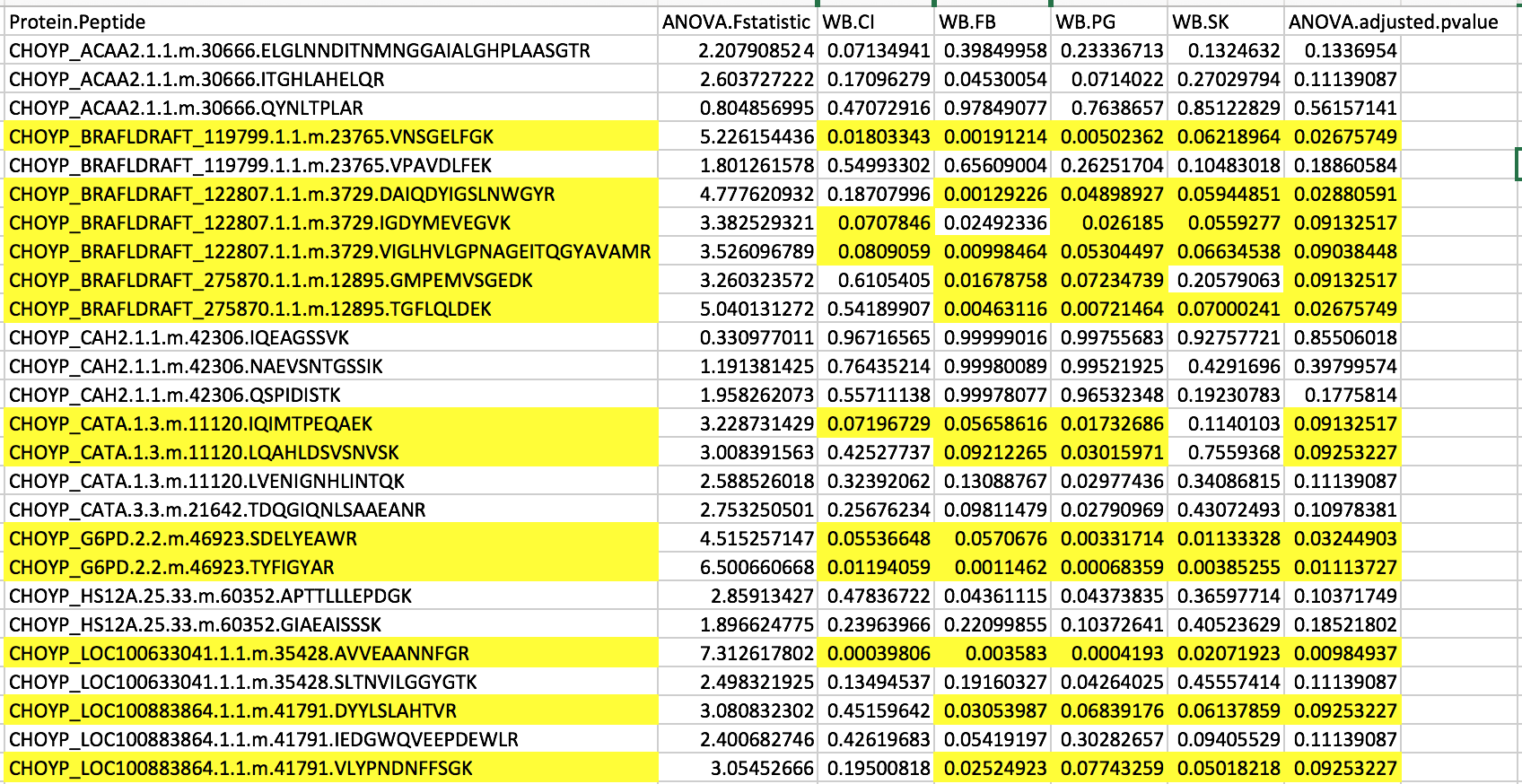 I noticed that heat shock protein wasn’t included in this list since I revised p-values! There are 16 total differentially expressed peptides. I then used this dataset to remake my figure. 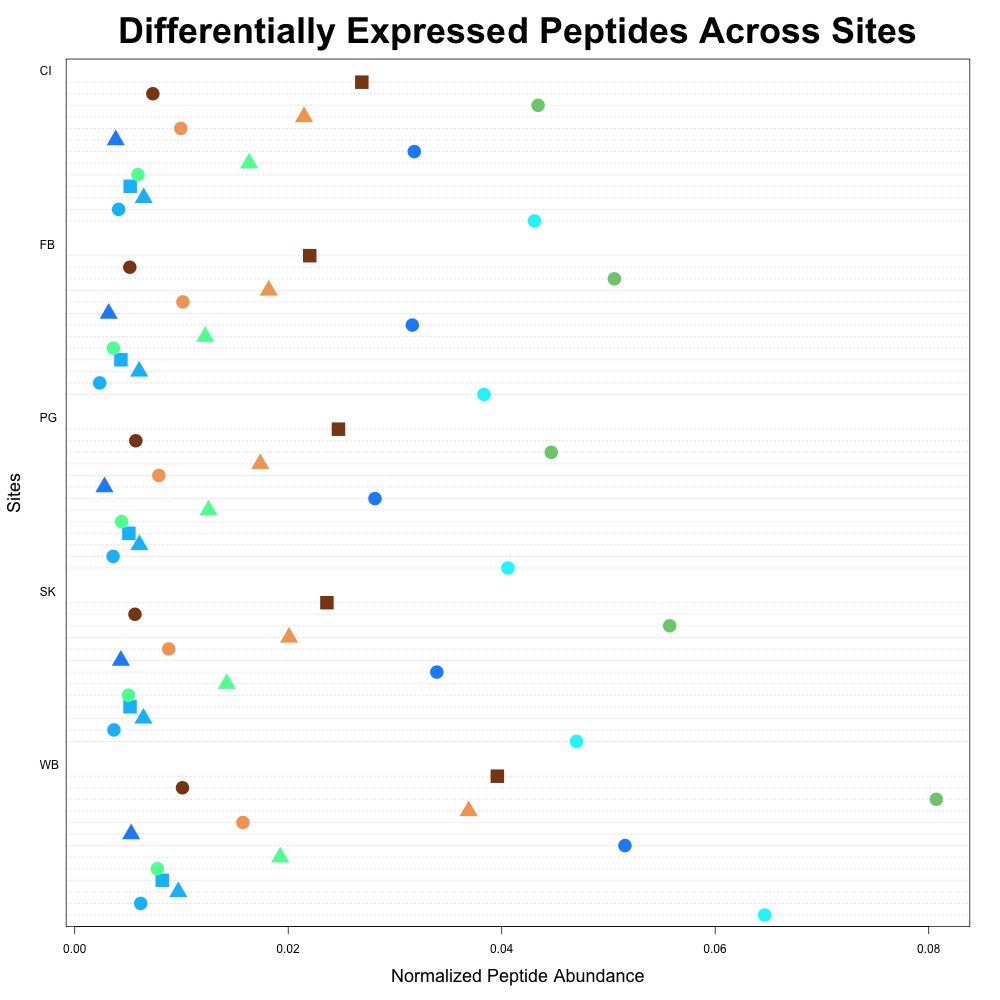 This figure is cleaner. We’ll see what Steven, Brent and Emma think at our meeting on Tuesday!