Ran a short term acute low pH stress trial on a subset of my Fidalgo Bay and Oyster Bay seed (Olympia oyster) that I grew in 2017. The trial was conducted at the Point Whitney shellfish hatchery in the OA system that Steven, Brent and Sam developed for geoduck trials this summer.

Picked up oysters from Manchester, 8 groups in total, and transferred to Point Whitney hatchery:

Selected 24 of the largest but (approximately) equal sized oysters from each group – this was somewhat difficult due to different sizes between groups, randomly divided into 2 groups of 12 and sealed into fiberglass pouches made from window screen. Mean and size ranges are as follows:

Two conical flow-through (rate?) tanks were equiped with a CO2 bubber connected to an APEX system, which continuously read pH, and injected CO2 if pH was above the set point. Set point was 7.0, and during the treatment pH held very closely to this – between 6.98 – 7.02. pH was recorded with the APEX system, but unfortunately it’s not clear how to extract this continous data … will check with Sam to see if he figured it out, he was working on this. 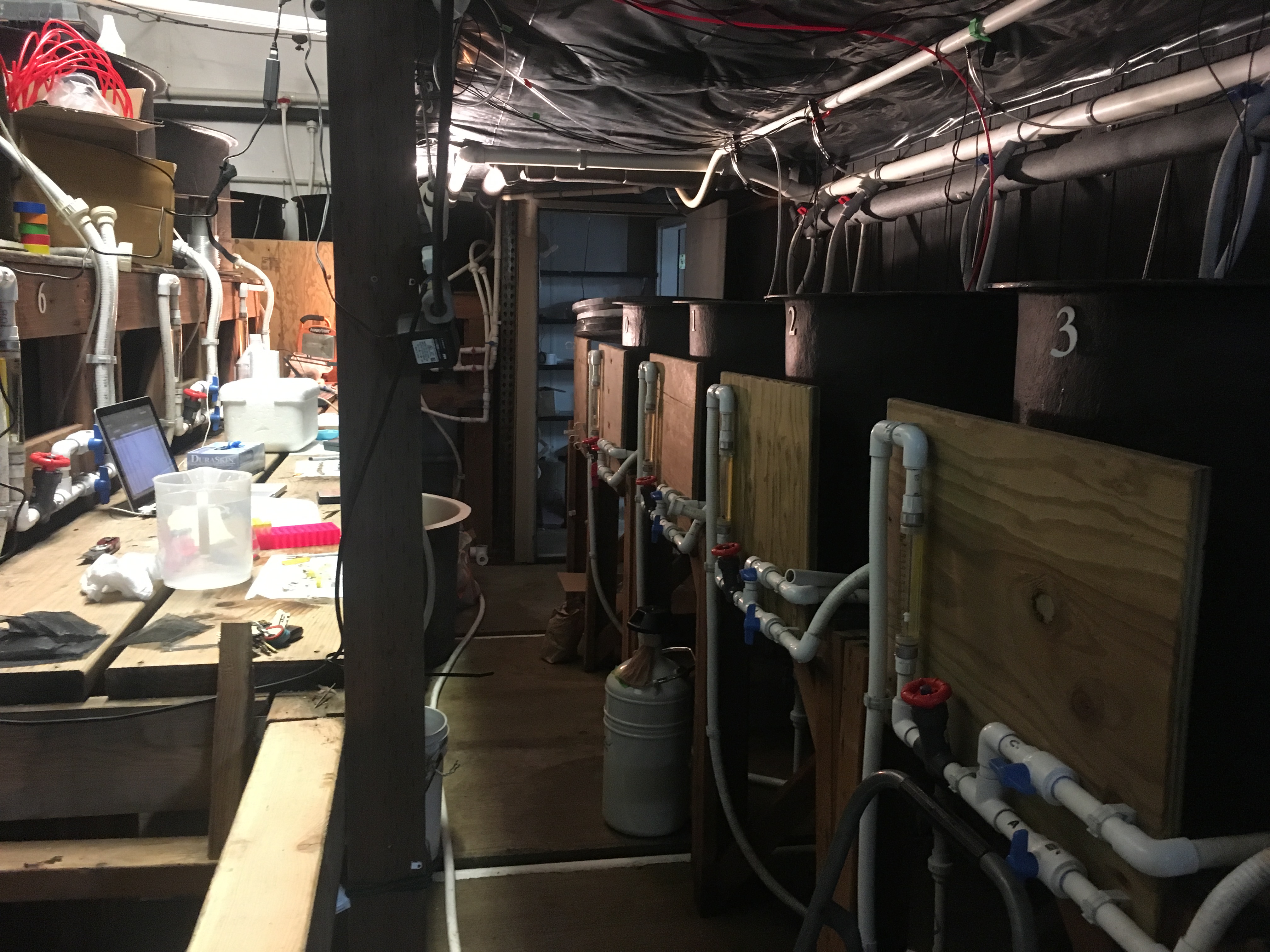 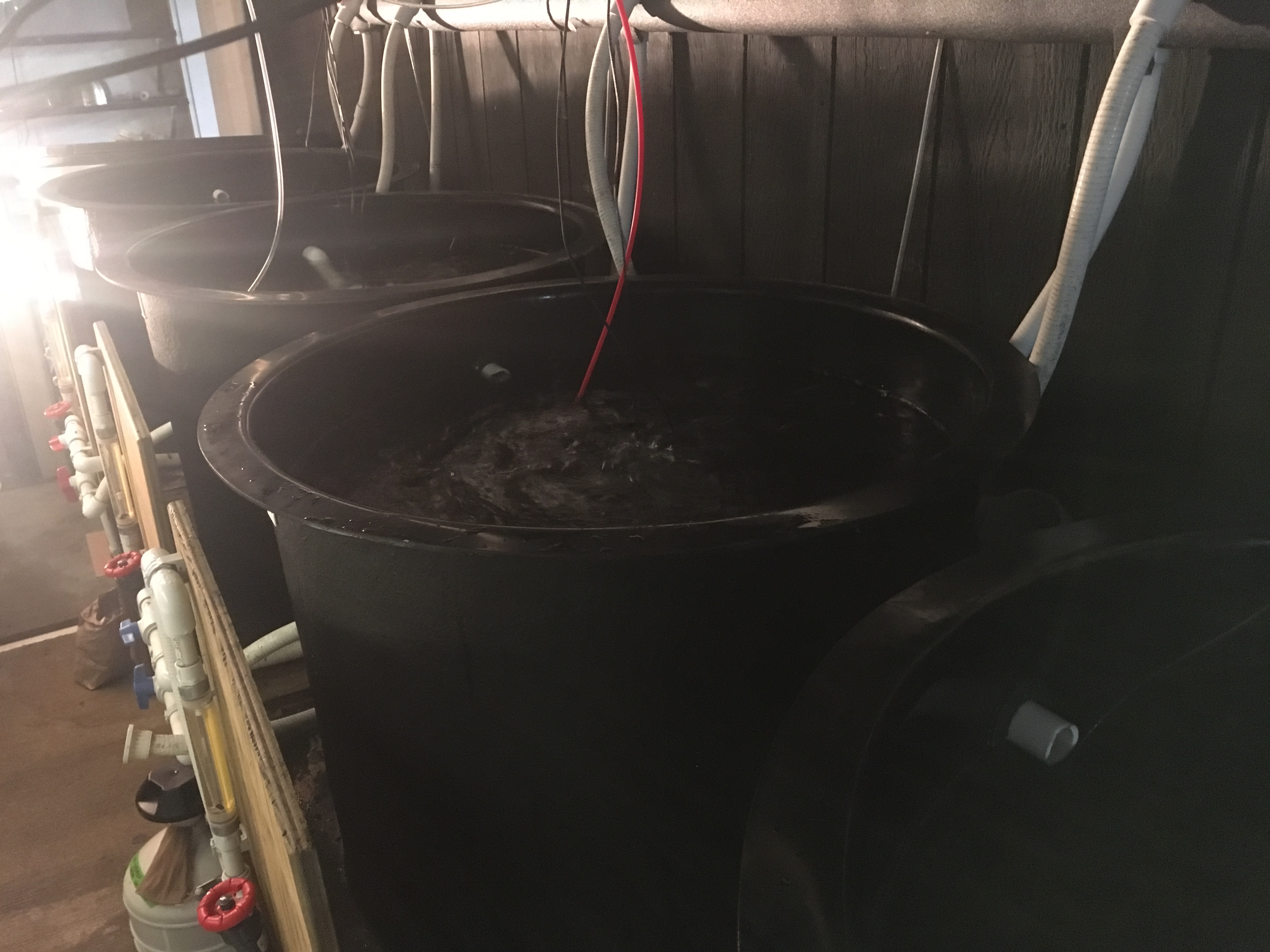 At time 0, 2hr and 4hr water samples were collected for total alkalinity. 125mL glass bottles were submerged inverted, filled, injected with 50uL mercuric chloride, capped and mixed by inverting several times. At the same time other water quality parameters were recorded (pH, temperature, salinity) using the APEX system, and separately a benchtop Accument pH/temp probe in 2L grab samples from each tank, and refractometer for salinity. I also had Rick’s Sond, but its batteries failed just before hour 2, so I wasn’t able to use that for subsequent measurements.

At 5.5 hours I began sampling whole tissue from the oysters. Since I had 172 animals to dissect I had to make some decisions about sampling scheme. Concerns included:

Since I plan to initially only sequence the NF population, only 6C group to start, I prioritized sampling animals from each group all at once to minimize the time out of treatment before frozen. Thus, I removed treatment/control groups simultaneously from the tanks, then sampled. It took ~20 minutes to sample 24 animals. Sampling method for RNA/protein is tricky, particularly if you’re sampling a ton of animals. Something I’d like to discuss with the lab group for future projects, particularly for the Oly eelgrass outplant!

Sampling protocol: Measured oyster maximum length (from hinge) using digital calipers. Used scalpel to shuck oyster, scraped all tissue from shell into 1.7mL microcentrifuge tube, froze in liquid nitrogen and held on dry ice. Between animals scalpel was wiped clean, rinsed with 10% bleach + fresh water solution, then rinsed well with fresh water. I did not have DI water (whoops, forgot to bring – how important is that? Should ask lab.), so I used fresh water from the hatchery hose. Sample were transported back to UW that night and put into the -80 at ~midnight. 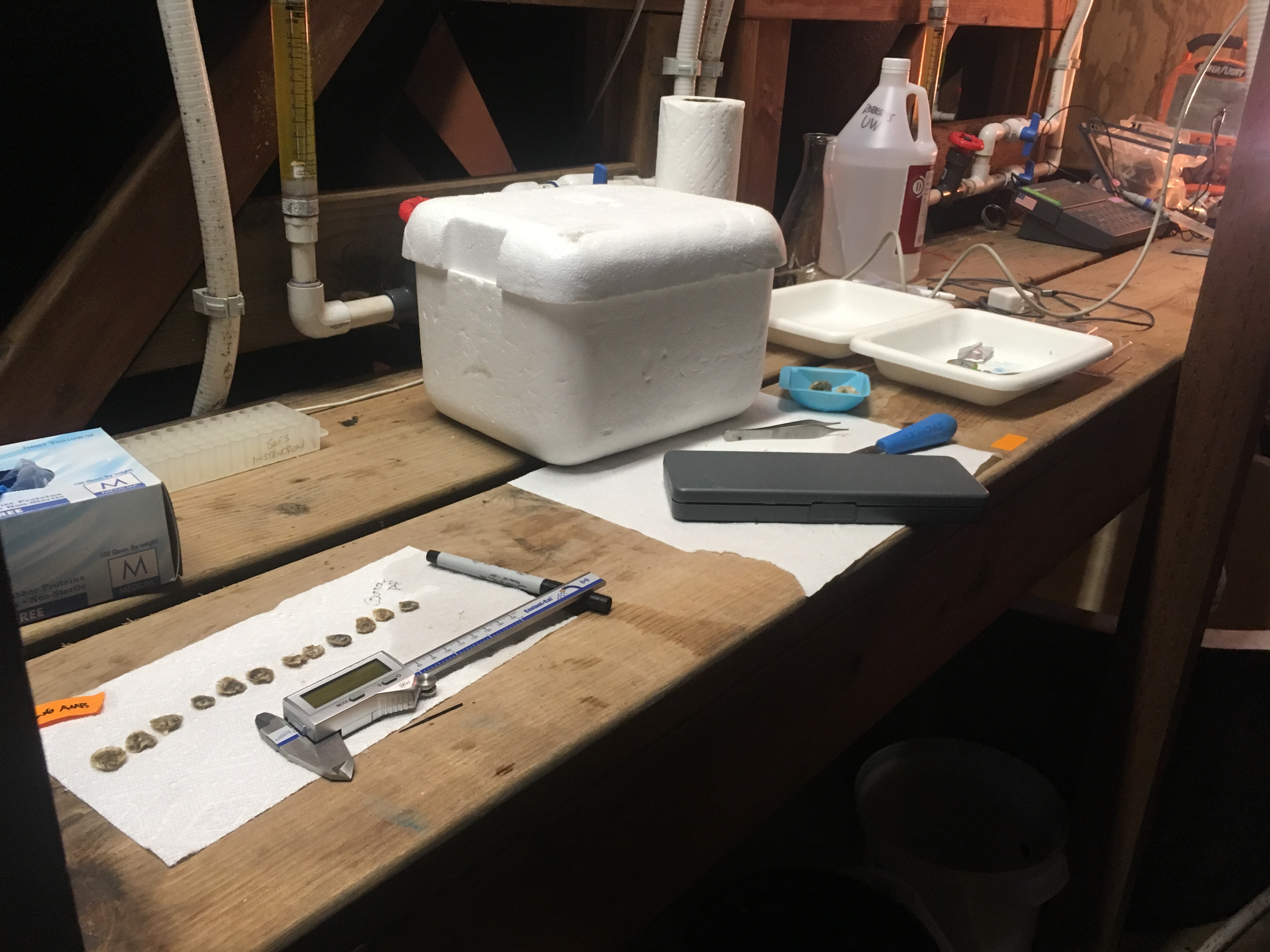 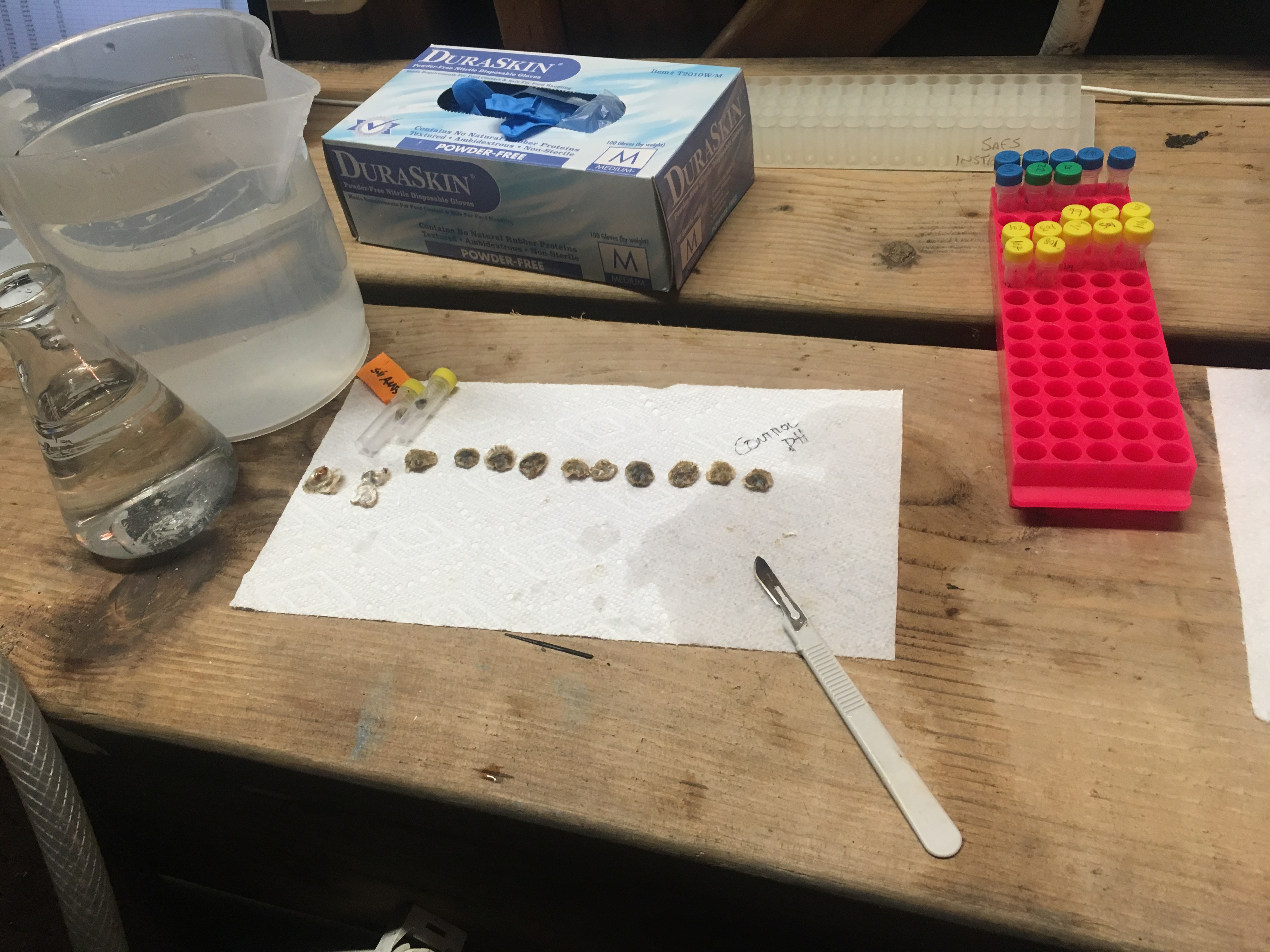 The view as I left the hatchery was spectacular 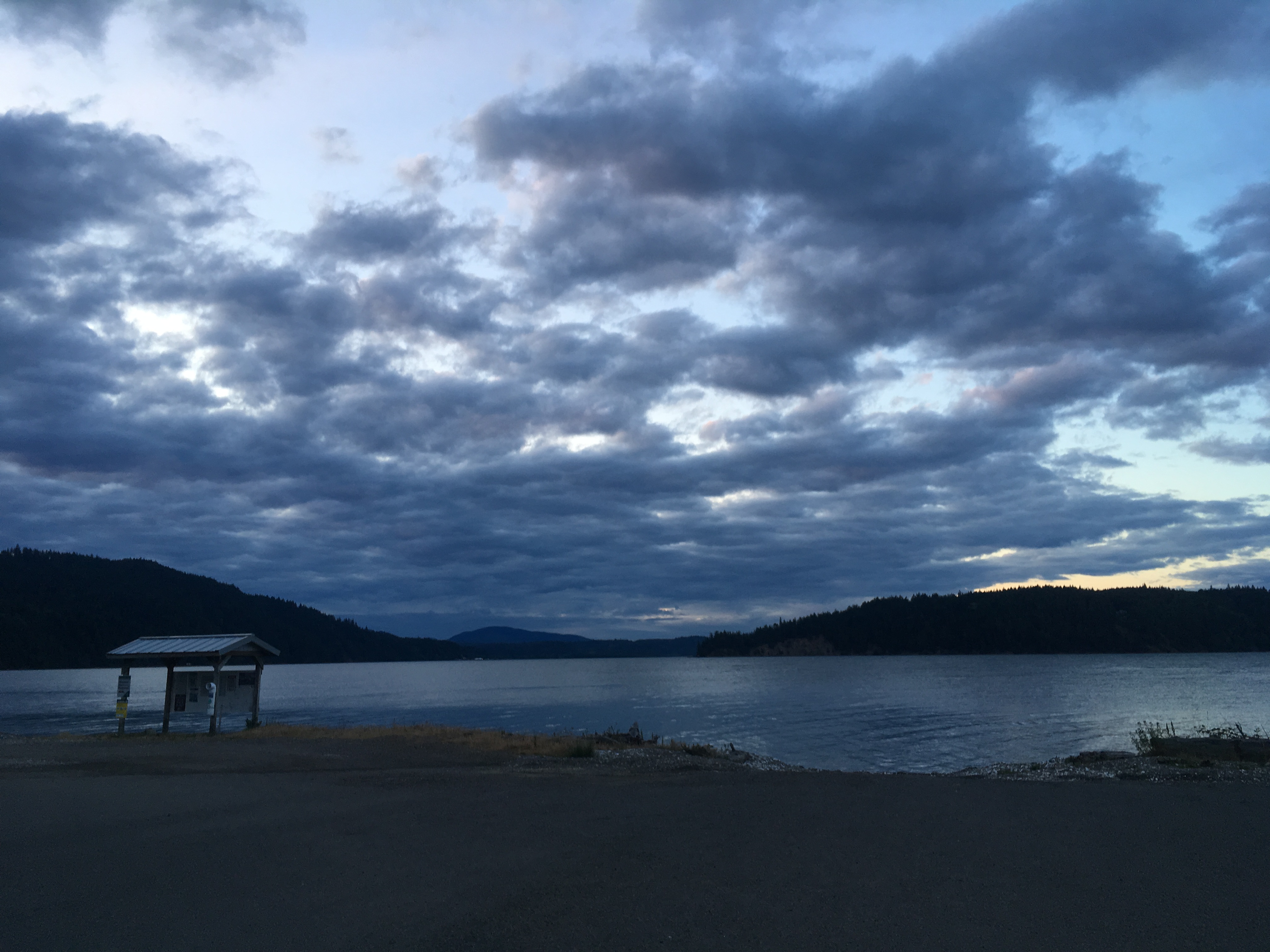 from The Shell Game https://ift.tt/2JbbGj2
via IFTTT

Learned how to upload images NOT using a URL, which means that they will render even if I’m offline.

Learned how to have multiple categories in a post.