Today, Kaitlyn fulfilled her dream of getting to do labwork on the weekend (hey, she volunteered to help even after I told her she didn’t need to). As I mentioned in my planning post, we followed the PAXgene protocol to extract DNA from histology blocks with three changes: 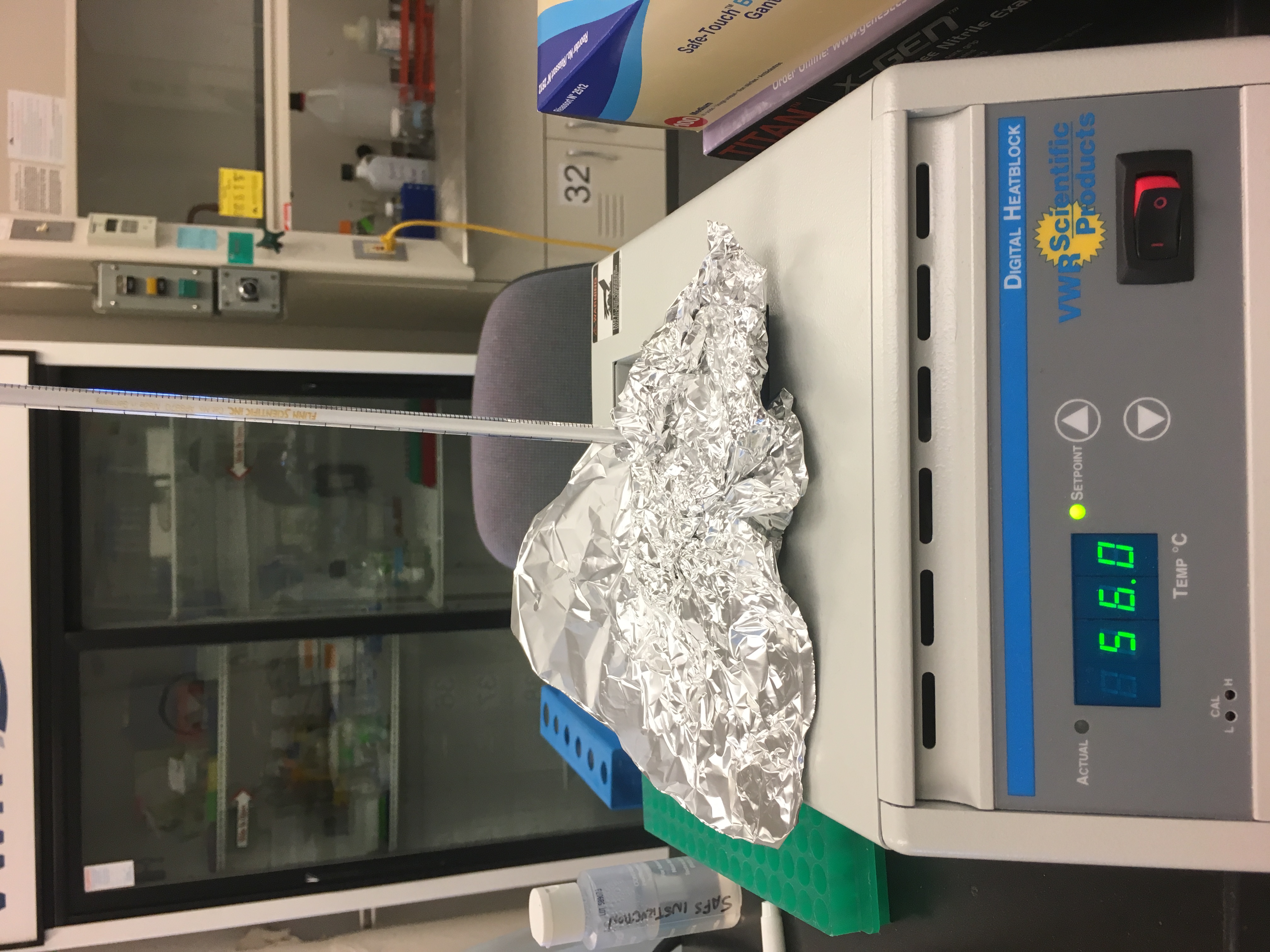 I am using four tissue samples — split between two tubes for each method — with eight samples total. Kailyn pre-scraped two samples on Friday (see her lab notebook here) and scraped the other two samples this morning (IDs here). Because the tissue is already preserved in wax, I wanted to see if scraping tissue into a tube beforehand affected DNA yield. Tissue scraping is a rate-limiting step, so being able to scrape out tissue the night beforehand would be a real timesaver!

I got DNA, even without a Thermomixer! My yields, however, were pretty inconsistent. They were either 2 ng/µL and above, or N/A. I think part of the problem was the initial mass of tissue: Kaitlyn went above 0.0200 g, maybe because I wasn’t specific about being as close to 0.0200g as possible. The TissueTearor method worked better than the vortexing method. I think the big takeaway here is still variability between tissues.

Well, I know the method still works without the Thermomixer! If I’m doing a different bisulfite assay that only needs 1 ng/µL of DNA, I can definitely move forward with my samples. If not, it’s back to testing.

from the responsible grad student https://ift.tt/2NHTImk
via IFTTT

Plan for another protocol test

Time to try this again. At lab meeting, we decided to try to get at least 1 ng/µL of DNA because that’s apparently all I would need for a Qiagen assay. I can’t use the Genome Sciences Thermomixer anymore, so I’m improvising. Steven and Sam suggested that I use a heating block to incubate the tubes at the proper temperature. I would keep the tubes on the heating block for a few minutes, then vortex at maximum speed for a few minutes. I would keep alternating until I kept the tubes on the heating block for at least an hour. I might need to extend the incubation time a bit longer to ensure the proteinkinase K digestion happens properly.

Based on my previous trial, I determined that the Tissue Tearor and two minute vortexing with glass beads provided the most consistently high DNA yield. To recap:

I’m going to use three tissue samples, split between two tubes (each tube corresponds with each method). I don’t want my tube labels to overlap since I’m going to run these samples and the samples from the previous trial on the Bioanalyzer together. Here are what my tube labels will be:

I’m also not going to eliminate RNA from the samples. I would like to do both bisulfite sequencing and RNA-Seq with each sample, so I want to see if the protocol still works.

Kaitlyn’s helping me out tomorrow, so hopefully this will go smoothly! I’d really like to successfully extract DNA that can then be used for bisulfite sequencing :]

from the responsible grad student https://ift.tt/2LOAtWs
via IFTTT