At 10:30 am, I went to the lyoppilizer room and met up with Megan. My samples had gotten all over the inside of the manifold. Sam thinks it’s likely because the sampels thawed before they got on the lyophilizer, which is very likely because I brought them over on wet ice as opposed to dry ice. WIll try again at 4:30pm (bringing them over on dry ice) and Sam will grab them in the morning on Thursday. I will also test this out only with screw cap tubes and have them slightly unscrewed. Megan also noticed that the vacuum didn’t get below 100 mtorr, which it should… so the manifold likely wasn’t sealed properly. So Megan added a lot more grease.

My revised blastx finished running over the weekend! The output can be found here. I emailed the revised blast output and original transcript file to Mike Riffle in Genome Sciences so he could modify the gene enrichment tool.

In my R Markdown file, I merged the transcript-uniprot blast results with the DML-mRNA overlap file. I exported the results in this file.

I isolated the Uniprot accession codes so I could do a standard DAVID gene enrichment. I unfolded columns in both the transcript blastx results and DML-mRNA overlaps and saved them as new files. I also saved the Uniprot codes for the background (transcripts) and gene list (overlaps) in this document. 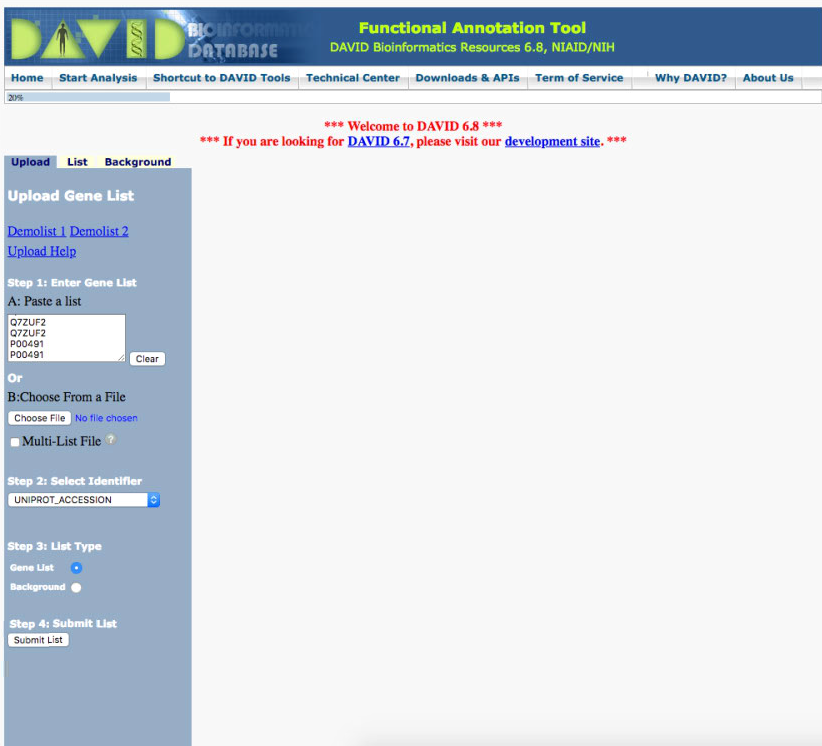 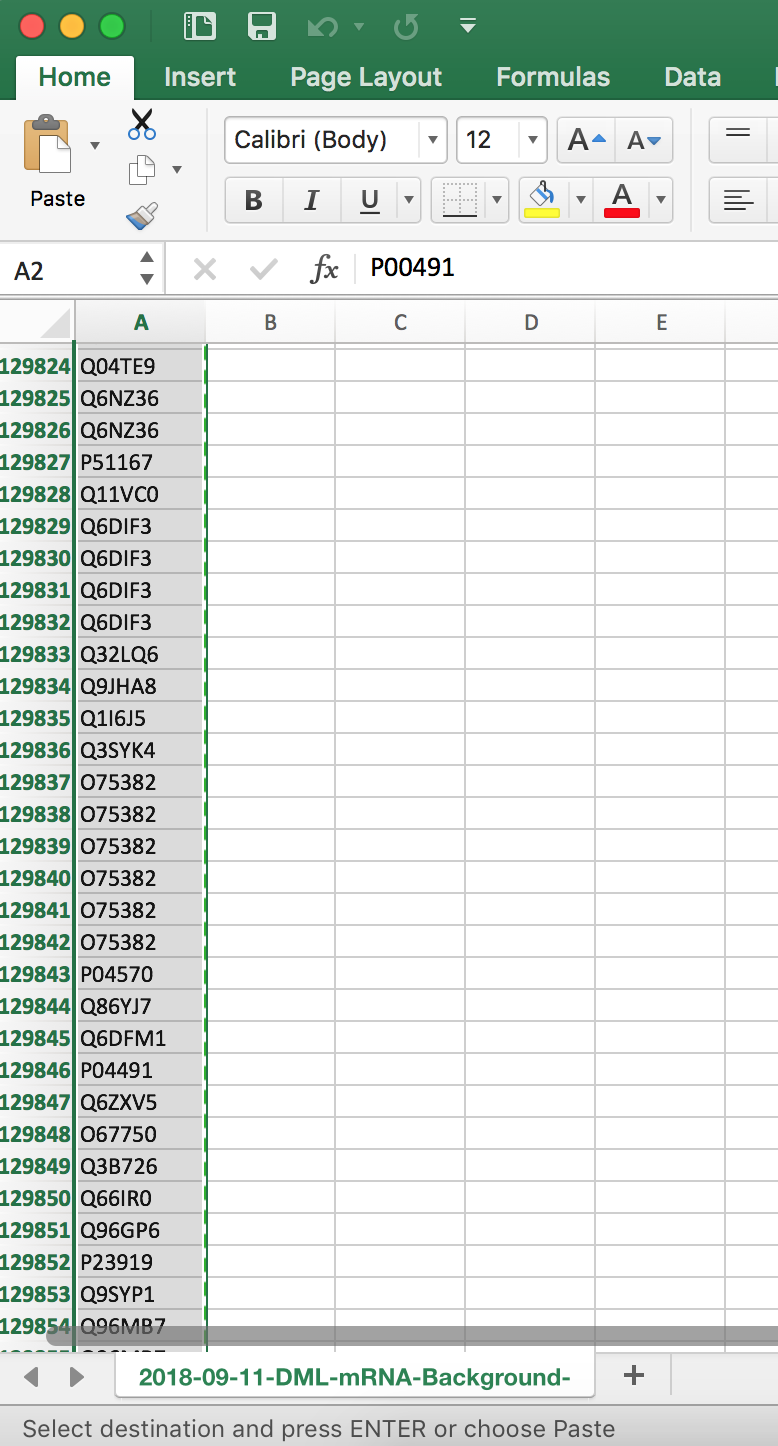 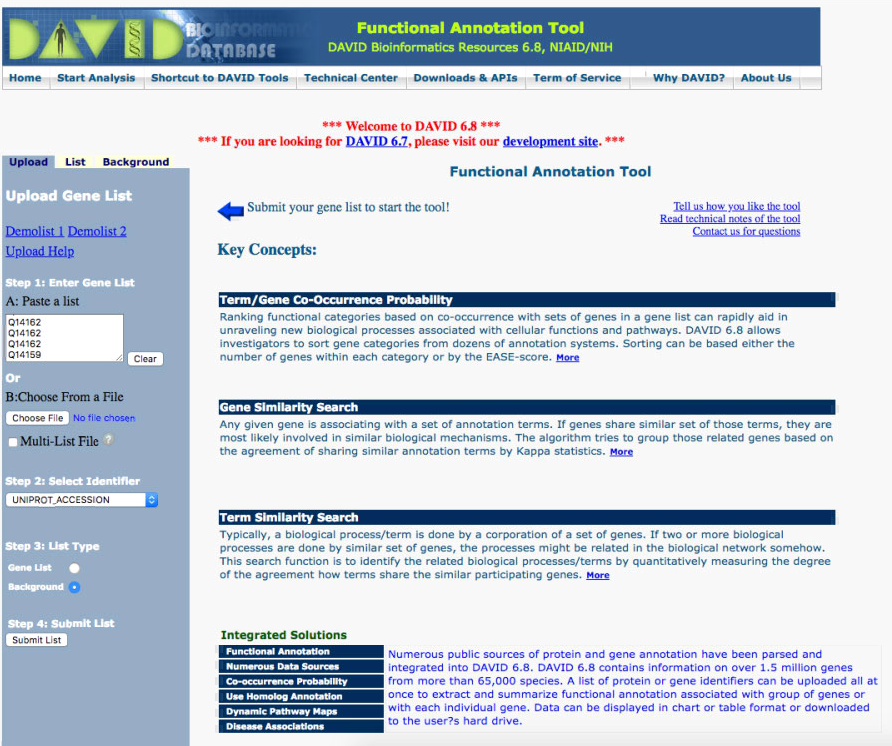 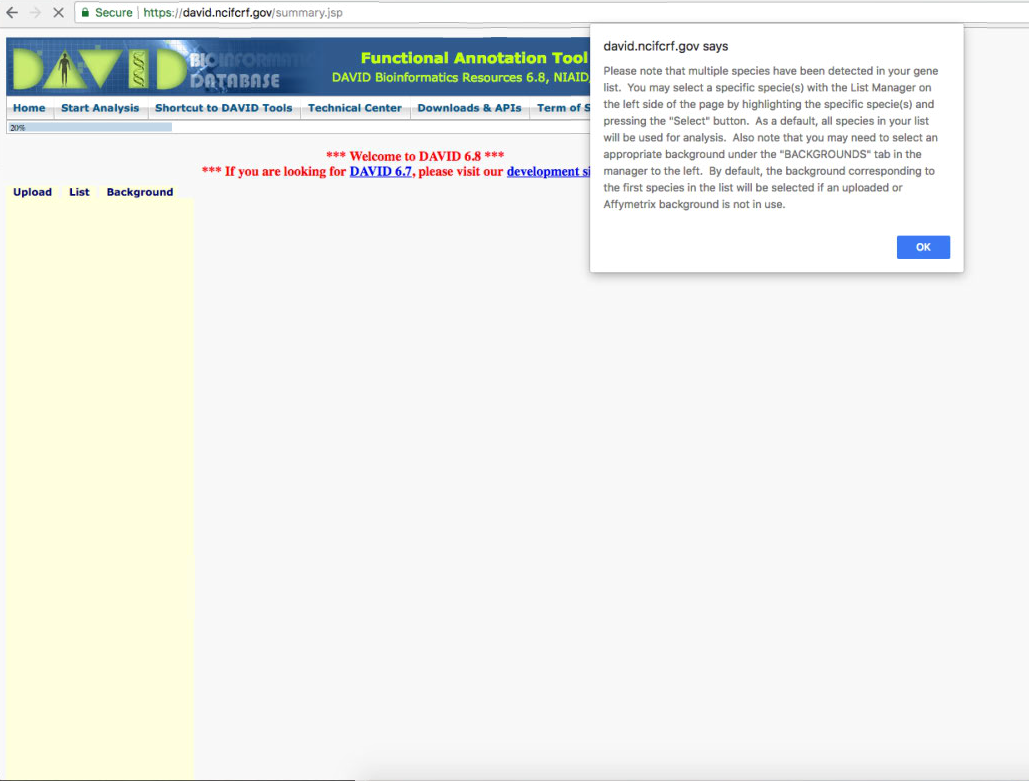 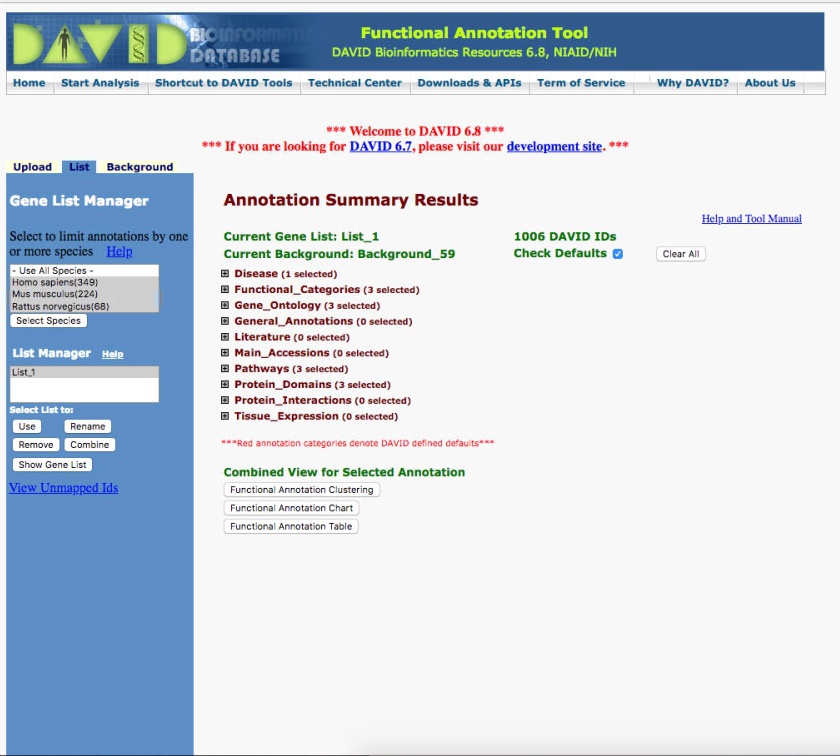 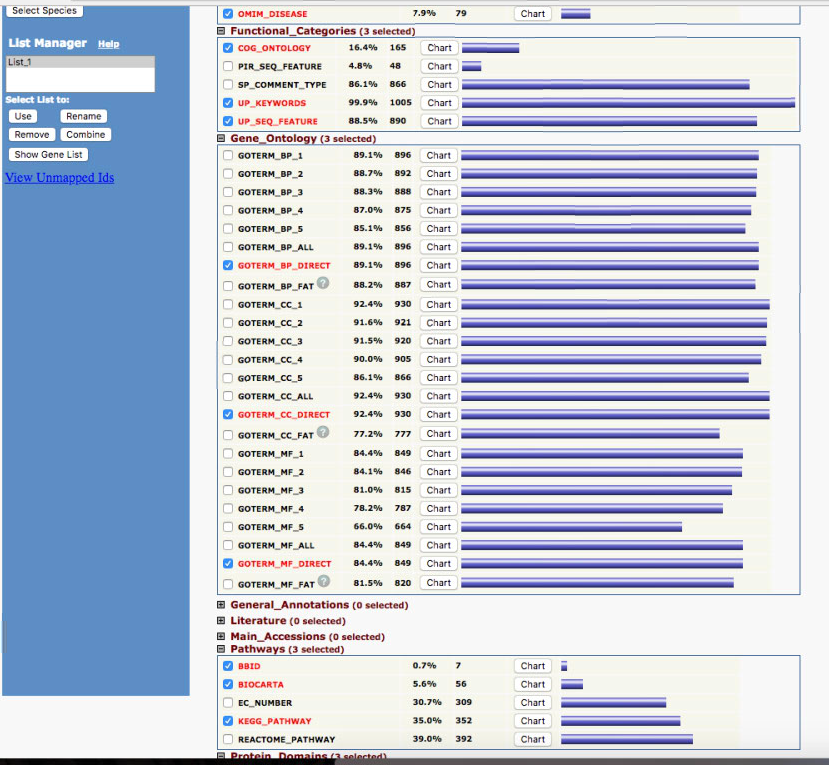 I saved the DAVID output in this folder. I downloaded information for all functional annotations, as well as individual lists for biological processes, cellular components, and molecular functions.

I wanted to use ReVIGO to visualize significant GOterms, but ReVIGO’s interactive graphic wasn’t loading after I pasted a list of GOterms and p-values! I posted this issue. I have the option to download an R script to create the graphic, which would be useful, but also extremely tedious for image formatting. If I don’t hear anything by tomorrow morning, I’ll need to download the R scripts. My goal is to present the DML-mRNA enrichment results at PCSGA.

Steven confirmed I need to do a gene enrichment for DML-exon, DML-intron, flanking regions, and all regions combined. I thought I could get started on these enrichments, even though I’ll probably concentrate on the DML-mRNA enrichment for my PCSGA talk. However, the DML-exon file doesn’t have the same transcript IDs the DML-mRNA and blastx results do. The DML-exon and DML-intron files only have chromosome IDs, positions, and strand information. I posted another issue asking if it made sense to merge the DML-exon or DML-intron files with the original mRNA gff to obtain transcript IDs. If it doesn’t, I’ll need to figure out another way to do that gene enrichment.

While I wait for the verdict on my two open issues, I’m going to start drafting my PCSGA talk, focusing on the DML-mRNA enrichment. I saw lots of significant GOterms related to reproduction and growth, so that will be interesting to explain!

from the responsible grad student https://ift.tt/2x5R0Rl
via IFTTT

Today I started using the lyophilizer on the samples I picked out (pellet and supernatant) and the pooled sample of the ones from Sam’s Qiagen RNeasy extraction that had “Out of range” Qubit results.

Start: 10:45am 09/10/18
Samples:
pooled sample of the ones from Sam’s Qiagen RNEasy extraction that had “out of range” Qubit results
AND

In order to use (there are instructions on how to use that are posted in the room):

Megan Feddern (Holtgrieve Lab) helped me with all of this today and tomorrow she’ll show me how to take out my samples. She is sharing the lyophilizer with me.