In this notebook, I used bedtools (flankBed and closestBed) to conduct a flanking analysis. I intially thought that each method would give me the same result, but I now think that these analyses provide me with two slightly different results.

First, I used the following code to generate 1000 bp flanks up- and downstream of an mRNA coding region.

Here’s where I ran into some confusion. For the longest time, I thought my output was a repeat of my mRNA GFF, but with altered start and stop positions such that they incorporate the 1000 bp up- and downstream flanks. I posted this issue to find a way to manipulate files and isolate up- and downstream flanks in different BEDfiles. When I used the code Sam suggested, I ended up with some funky results. Upon closer inspection of the two files… 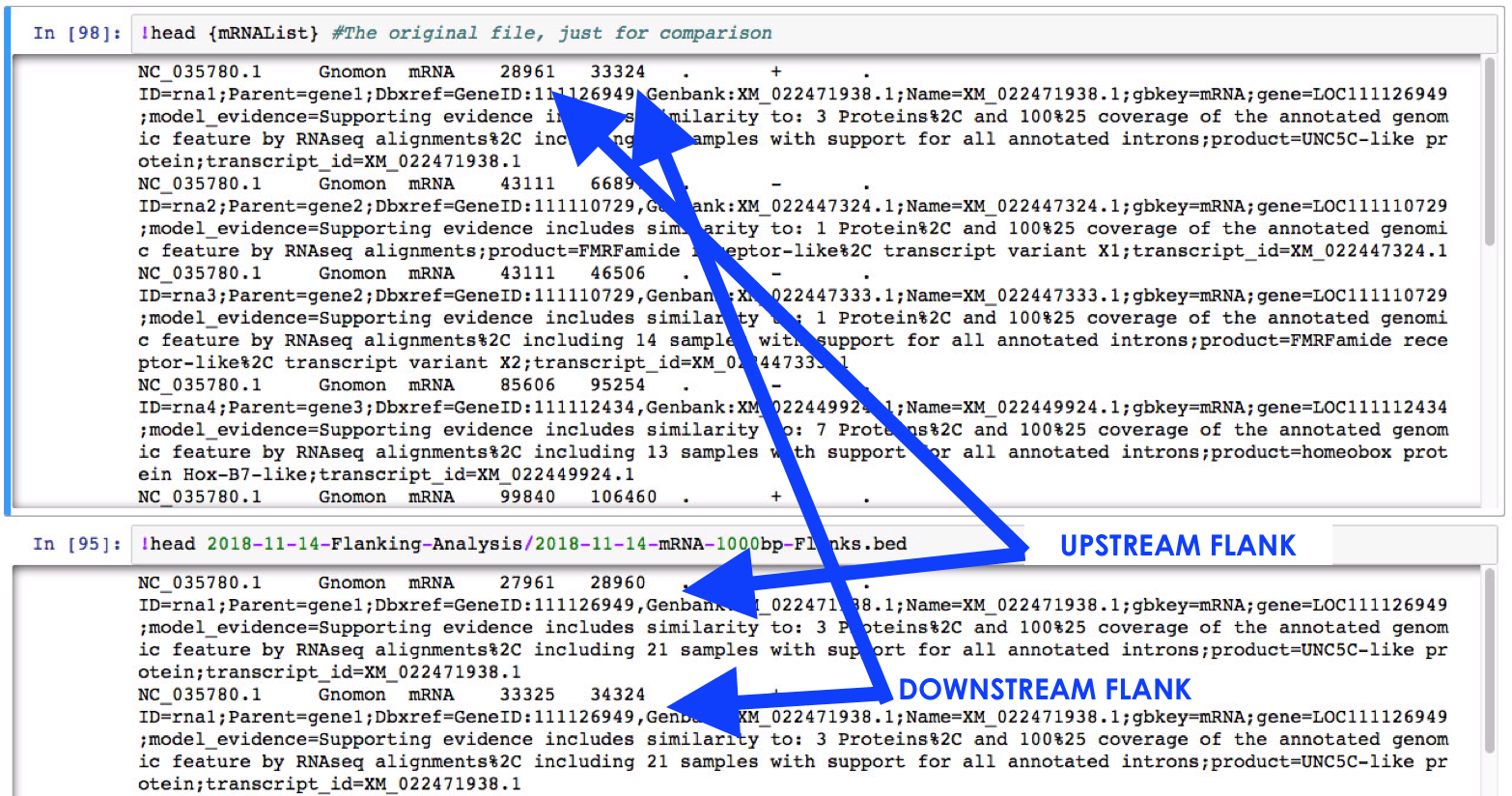 …I FOUND THAT bedtools flank ALREADY SEPARATES THE FLANKS OUT FOR YOU. I swear I think I spent atleast a few weeks operating under this wrong assumption. At least I’m now more proficient in some bash wizardry.

Although I did get just the flanks in a new document, I still wanted to separate up- and downstream flanks into separate files. This way, I could easily figure out where an overlapping region was with respect to the mRNA coding region in question. To do this, I used the following command:

I used the following code for closestBed to identify the closest nonoverlapping genomic feature to an mRNA coding region:

While I got an output file each time I ran closestBed, I also got the following error each run:

I still got an output file, so I kept going…? May have to change that.

from the responsible grad student https://ift.tt/2QM94Ym
via IFTTT