I re-did the global DNA methylation triploid/diploid pilot analysis in R to compare the results to the data Ronit and I generated Wednesday Feb 6. 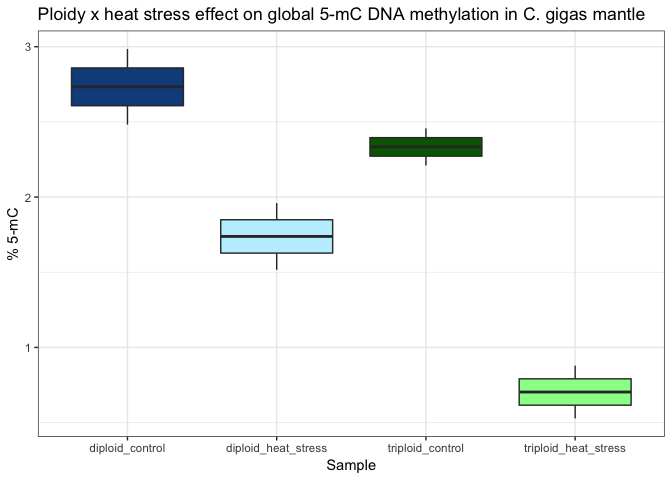 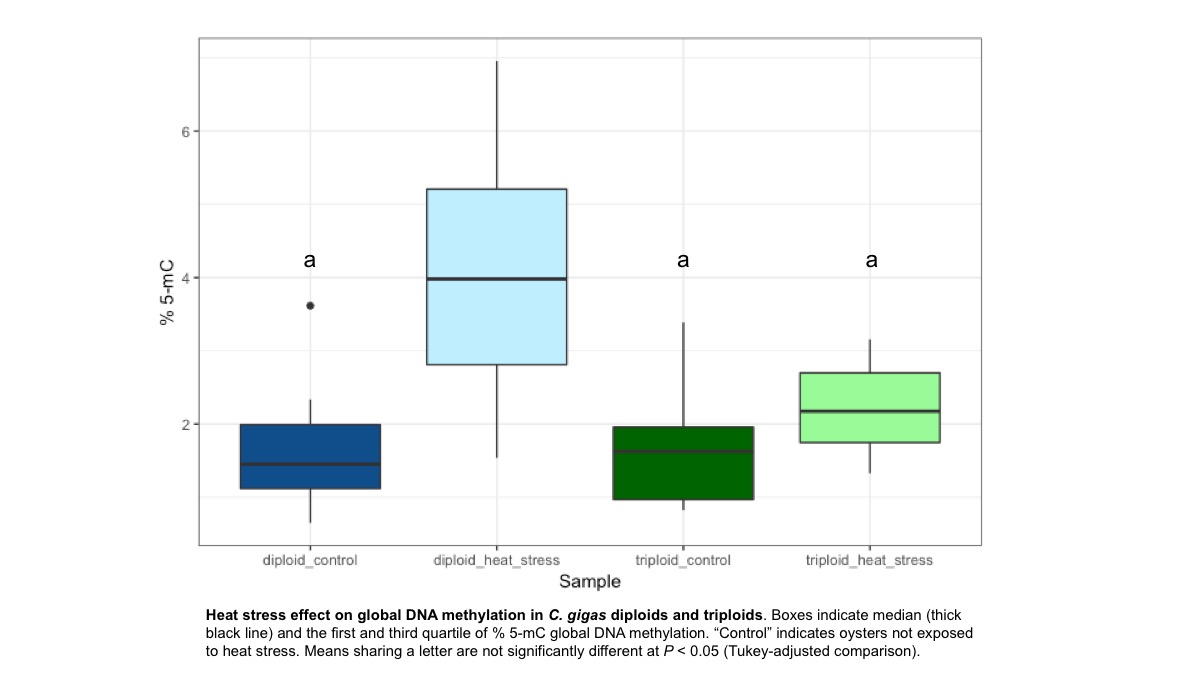 Since the pilot results are only from two biological replicates in each group, it’s not clear if these trends would persist if more mantle samples were processed.

The pilot data also showed a difference between tissue types, but again it’s not clear if these trends would still be seen if more samples were processed. 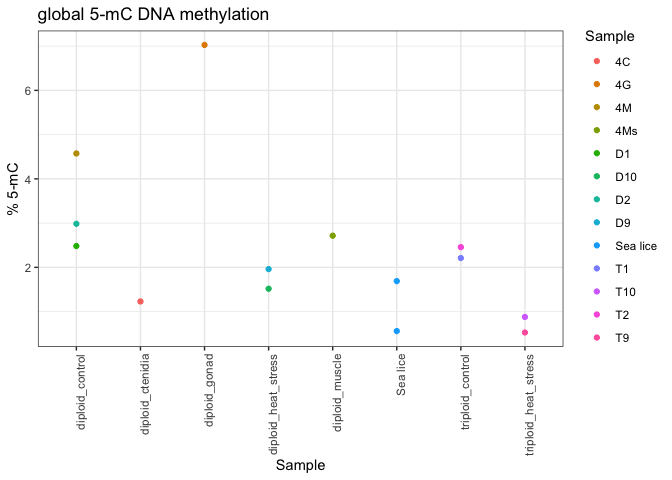 I ended up spinning at 4C since the room temp centrifuge was being used for the RNA extractions, and I ended up using 50-55C prewarmed AE since that’s was the heatblock was set at.

The DNA and RNA qubit results were as follows: 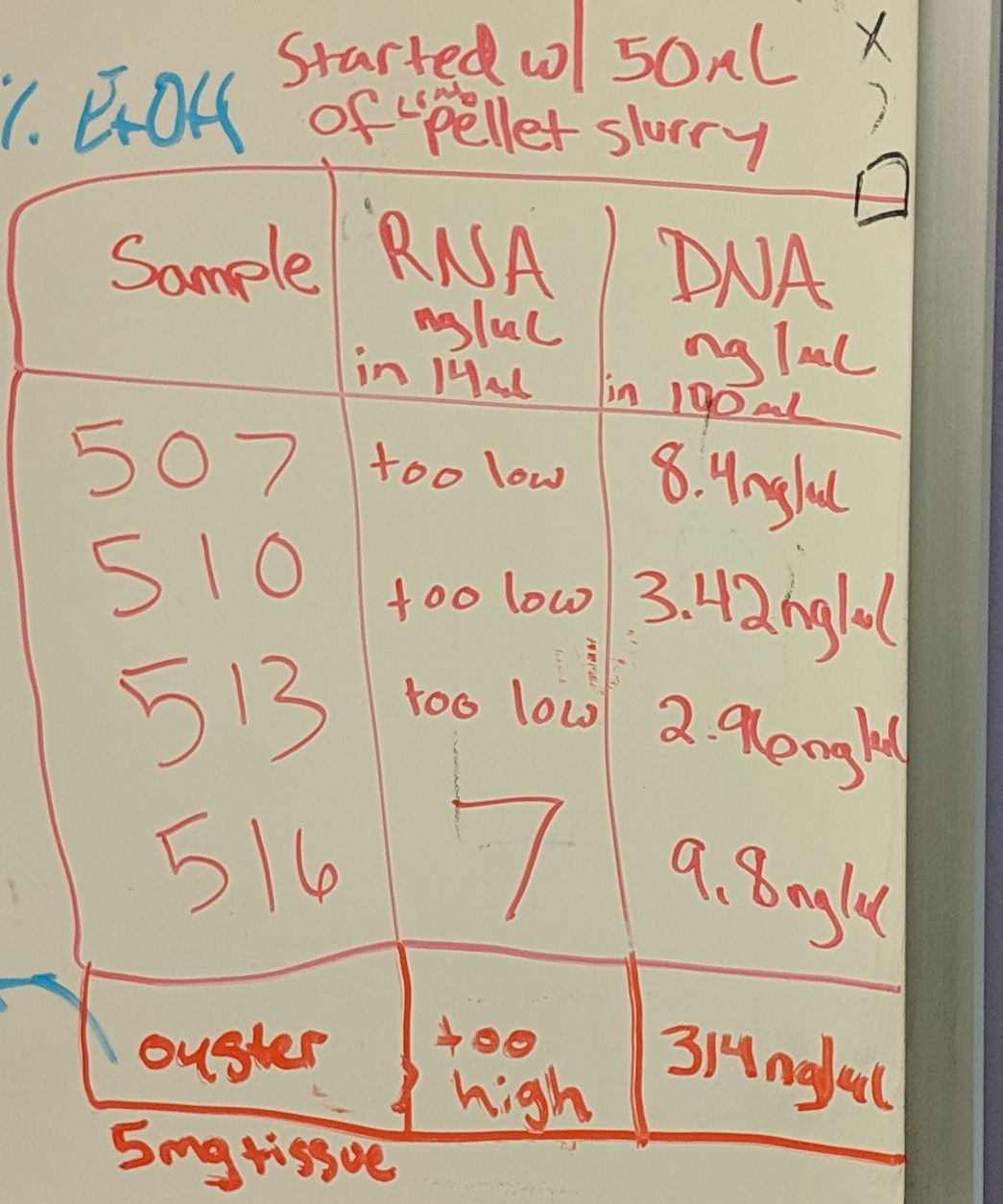 We still aren’t sure whether the RNeasy columns are being overloaded or if the RNA in the samples is degraded. So next Grace is trying to isolate more RNA from sample 516 and will be testing 10uL vs. 50uL vs. 100uL of pellet slurry (starting material). This should hopefully determine the appropriate amount of starting material to use.