I did some preliminary analysis on shell length and wet weight data (that I collected for the respirometry trials I’ve done over 28 days) to try to get an idea if either measurement shows a trend over time. Shell Length over Time 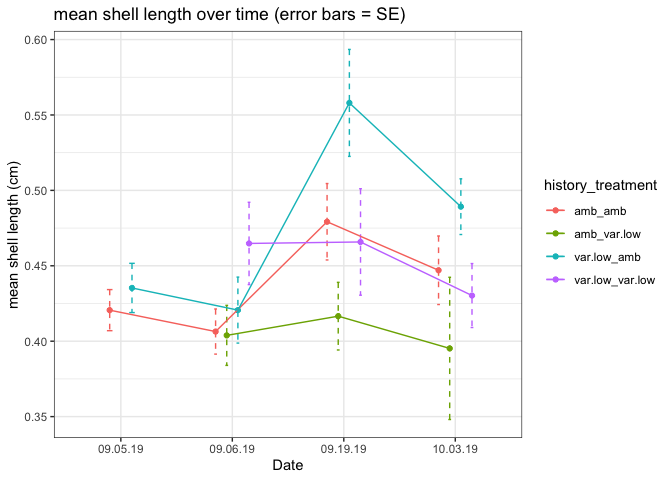 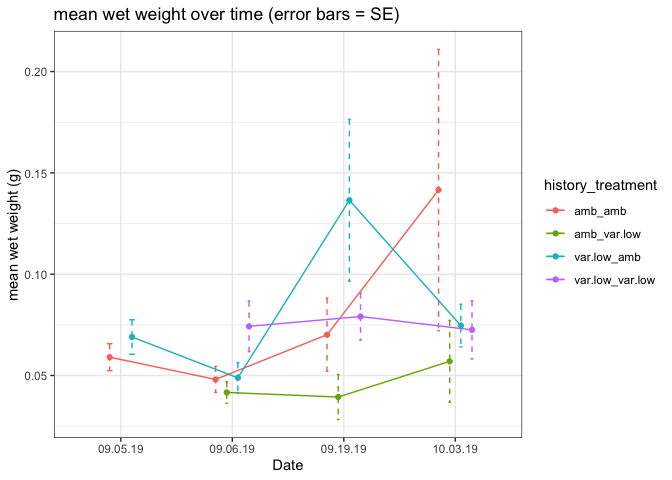 I am concerned that the var.low pH treatment may be leading to high mortality. The shell clearing I observed in previous weeks seems to continue until there is no shell and the animal dies, as evidenced by the debris in silos 2.1-2.12. These animals are also extremely fragile, so I decided against any cleaning after discussing with Matt. I had originally planned to stop this experiment after 60 days (Oct 31 proposed stop date), however I am concerned to continue much longer if var.low pH treatment is causing high mortality. It’s possible it’s a food thing, and they may need much more food to compensate for the amount of energy they are putting into tolerating the var.low pH condition. I could try pumping more food directly into the headers. Reducing the flow would likely help maintain more food, however turning down the header flow could lead to uneven header tank levels and turning down the flow into the silos reduces the pressure in the manifold leading to uneven silo flow. I will consult with the team about what to do.