The results of the initial test run of the qPCR conducted last week for the Actin and CYP1A genes came back after using the same procedure posted up in the previous notebook. Both genes single-plexed came back with good amplification at the cycle timing that we were looking for. 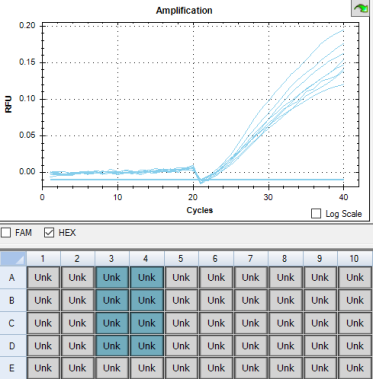 In addition, the control wells did not amplify as expected indicating the DNAsing procedure and Reverse-transcription was completed correctly for these samples, and hopefully the rest of them. 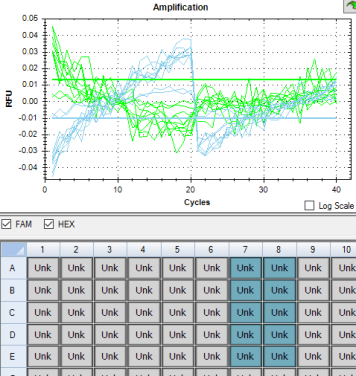 However, the duplexed gene wells did not work correctly, with only the Actin wells significantly amplifying during the course of the qPCR.

There’s no guarantee as to what might have caused the duplexing to fail, whether it could have been a simple saturation of the DNA polymerase with Actin or interaction between the dyes I’m not sure (this is what testing plates are for!)

My plan for this week is to work on finishing up Reverse-transcribing the samples and get input on how to proceed with the qPCR. There’s the option of attempting to figure out the issue with the duplexing and correcting it if possible and optimizing that; or simply proceeding with single-plexing the gene targets. The latter might require a bit more work but will definitely get results if it goes as smoothly as this test run.